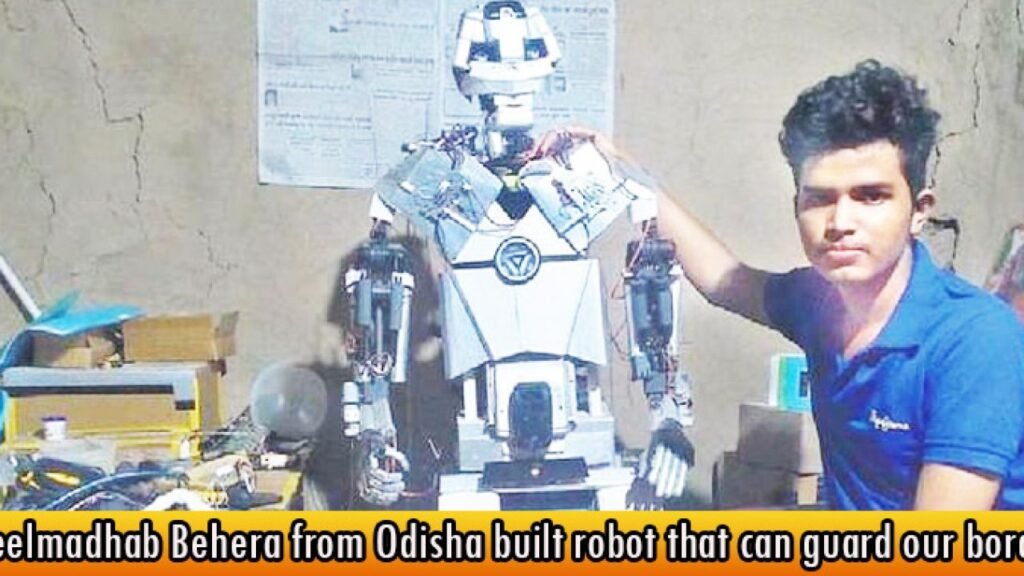 A small 17 year old Odisha student small town boy Neelmadhab Behera  has created a robot that can take the place of human soldiers in guarding our border.

With robotic soldiers posted at the borders, Neelmadhab Behera’s invention has the potential to save innumerable human lives. This boy from Balasore claims to have built a humanoid robot which, based on artificial intelligence algorithms, can guard the borders.

Apart from defense , the robot, named ‘Atom 3.7’, can be used in various fields such as entertainment, education, manufacturing, and domestic services. It functions as per the orders given to it. A 12th-grade student at Talanagar Junior College, Neelamadhab began his work on the robot last January.

It took him almost one year to build the robot by this Odisha student, and the entire project’s expenditure was nearly Rs 4 lakh. According to him, more money needs to be invested in the project to be able to utilize the robot to its full potential. He wants to pursue higher education in the field of robotics and build drones for women’s safety in the future.