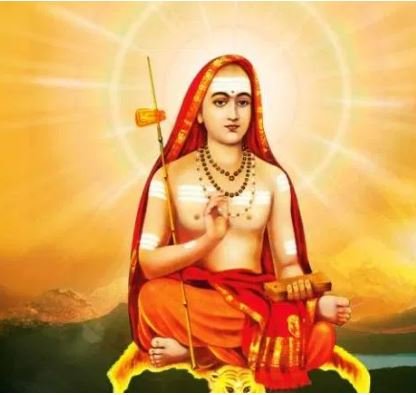 Adi Shankaracharya who known the Brahma

Adi Shankaracharya who known the Brahma

Shri Adi Shankaracharya, the originator of Advaitaism. Was born in 788 AD in a village called Katli. Which situated on the banks of Poorna river in the state of Kerala. His father’s name was Shiva Guru and mother’s name was Subhadra. At the age of two years, a rich boy of extraordinary talent had begun to hear the story of Puranas etc. At the age of five, Shankar performed the sacrificial ritual. And at the age of seven, he returned from the Guru’s place. After studying the Vedas and Vedantos.

The father died at the age of three. He wanted to retire after completing his education. But the widowed mother was not ready for this. It is believed that Shankar caught Shankar while bathing in the river with his mother. When mother gave permission to take retirement, she left Shankar. According to another opinion, once Shankar was crossing the river with his mother. After reaching the throat, when Shankar threatened to drown his life after not allowing sannyas, the mother had to accept the son’s request.

He promised his mother that I would definitely be present at the time of your death. He took initiation of renunciation from Swami Govind Bhagwatpad on the Narmada coast from Kerala. Shankaracharya (Shri Adi Shankaracharya) became Yoga Siddha Mahatma in a short time. They came to Kashi by the Guru’s command. The number of his disciples kept increasing. Along with teaching the disciples, he also used to write books. It is believed that Shiva appeared in Chandal form and asked Shankaracharya to write a commentary on the Brahma Sutra.

In the same way, the Vedavas. A Brahmin prostitute, ordered them to propagate monotheism. From Kashi he went to Kurukshetra and from there to Srinagar. And got his disciple certified in the Siddha Peeth of Shardadevi. From there went to Badarikashram and completed his other texts. He had completed all his texts from twelve to fifteen years of age. Then, in Prayag, he met Mandaril Bhatt in the city of Mahishmati. Defeated his wife in the debate.

During his visit to Maharashtra. Shankar refuted the views of Shaivo and Kapaliko. On the banks of the Tungabhadra in the south. The temple was built and established the goddess Sharada of Kashmir. This is now famous as “Shrungeri Peeth”. Here, he was aware of coming near at the time of his mother’s death. And went home and cremated the mother in very difficult circumstances. To propagate Advaitaism, Shri Adi Shankaracharya traveled all over India.

In Gujarat, Sharada Peeth in Dwarka. Jyotish Peeth in Joshi Math near Badrinath, Govardhan Peeth in Puri. Even Kamakoti Peeth of Kumbakonam are established by him. His main text is “Brahmasutra Bhasya” “Upanishad Bhasya” “Gita Bhasya” “Vivek Chudamani” “Prabodha Reformer” “Preaching Courageous” “Registration” “Panchasaratattva” “Manishapanchak” “Anand Lahiri Sources” etc. Shri Adi Shankaracharya, who re-established Vedic religion by paying attention to the shortcomings of Buddhism, attained the age of only 32 and died in 820 AD near the Kedarnath temple in the Himalayas.