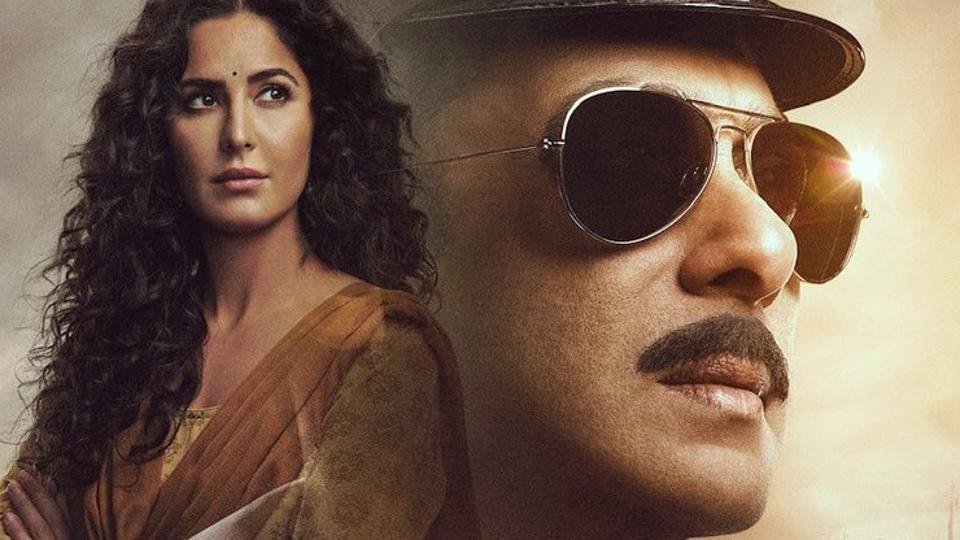 Actor Salman Khan has unveiled a new poster for Bharat, the fourth for the upcoming film, in which the actor will be seen in multiple avatars. The new poster shows him as a naval officer.

Set in 1985, the poster shows Salman’s character, Bharat, in full navy garb. Once again, he is flanked by Katrina Kaif’s character, who is dressed in a salwar suit. Salman captioned the post, “Meri Mitti. Mera Desh!”

Salman has been sharing posters from the film daily this week, which in turn reveal his different looks. The first poster showed him as an old man, wearing spectacles and a beard. He’d captioned that image, “Jitne safed baal mere sar aur dhaadi mein hain, usse kahin zyada rangeen meri zindagi rahi hain! (My life is more colourful than the grey hair on my head and beard!).” The period in this character’s life is set in 2010. The film follows Bharat’s journey in parallel with the story of India — Bharat was born around the time India became independent. 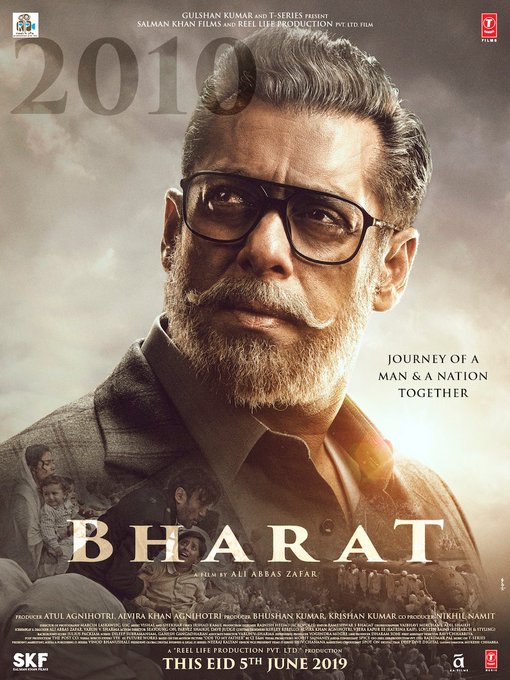 The second poster showed him as a young man. Salman captioned this one, “Jawaani humari Jaaneman thi! (I loved my youth!).” This poster also revealed actor Disha Patani look; she apparently plays a trapeze artiste at the same circus where Bharat is a daredevil rider. This phase in the character’s life is set around 1964. 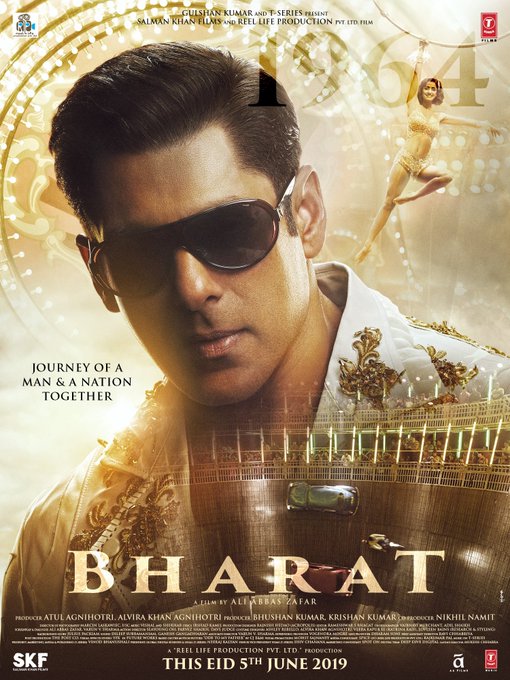 It was the third poster, however, which revealed Katrina Kaif’s look. Salman wrote, “Aur phir humare zindagi mein aayi ‘Madam Sir’ (And then, ‘Madam sir’ came into my life).” This phase is set around 1970. 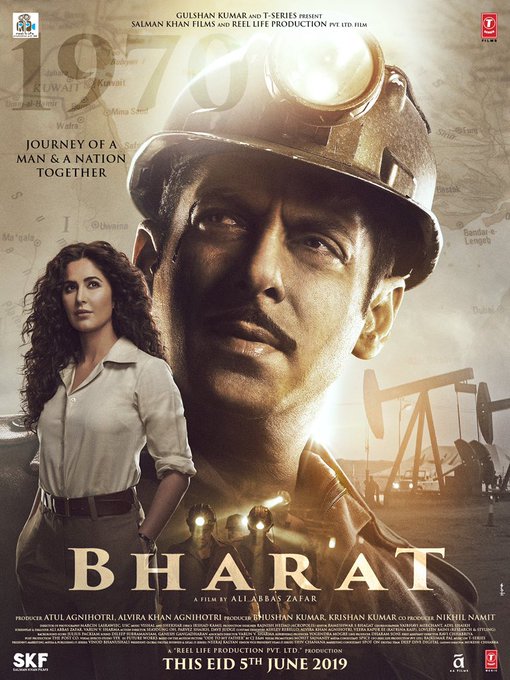 A source was quoted by a Mid-Day report as saying, “The film charts India’s journey from its independence in 1947 to 2010, as witnessed by Salman’s character Bharat. Both Salman and Katrina will sport five different looks as they age in the course of the narrative. Since there has been immense curiosity around their on-screen avatars, Salman suggested that each look be released individually. So, over the next five days, the team will unveil five posters, each depicting a decade of his life. While one sees him as a young acrobat in a circus, another has him as a middle-aged naval officer, and one more as a miner. This will be followed by a poster each of Katrina, Tabu, Jackie Shroff, Disha Patani and Sunil Grover.”

Bharat is Salman’s third film with director Ali Abbas Zafar, after the hits Sultan and Tiger Zinda Hai. The film is slated for release in June and the trailer will be released alongside Avengers: Endgame next week.