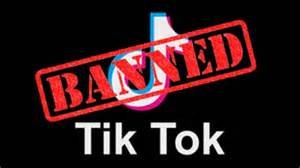 An interim order from the Madras High Court directing the govt to ban TikTok in India has come into effect. It’s being reported that Apple and Google have been asked to remove the app from the App Store and Play Store respectively.

TikTok is an immensely popular video sharing app that boasts of about 0.5 billion users, over 119 million of whom are in India. The bulk of these users are children and teenagers.

The app, which lets users create short, fun videos, has come under fire for allegedly allowing ‘pornographic’ and ‘sleazy’ content to propagate, especially among its younger audience. It’s also been alleged, in several countries no less, that the app is proving to be a fertile hunting ground for paedophiles.

Following a PIL filed earlier this year, the Madras HC on 3 April passed the interim order directing the govt to ban TikTok. The matter was then taken to the Supreme Court, which refused to stay the order on the grounds that the matter was still sub-judice and that it would hear the matter on 22 April.

TikTok was at one point the third-most downloaded app on the Play Store.

According to an Economic Times report, TikTok has characterised the order as disproportionate, discriminatory and arbitrary and made no comment on the ban. In its defence, TIkTok states that it can’t be held liable for the kind of content that ‘third-parties’ upload on the platform. This is the same argument used by the likes of Facebook and YouTube when defending the content shared on their respective platforms.

TikTok’s official statement on the matter is as follows:

“As per the proceedings in the Supreme Court today, the Madras High Court will hear the matter on ex parte ad interim order. The Supreme Court has listed the matter again for April 22, 2019, to be apprised of the outcome of the hearing on the April 16th, 2019 before the Madurai Bench of Madras High Court. At TikTok, we have faith in the Indian Judicial system and the stipulations afforded to social media platforms by the Information Technology (Intermediaries Guidelines) Rules, 2011. We are committed to continuously enhancing our existing measures and introducing additional technical and moderation processes as part of our ongoing commitment to our users in India. In line with this, we have been stepping up efforts to take down objectionable content. To date, we have removed over 6 million videos that violated our Terms of Use and Community Guidelines, following an exhaustive review of content generated by our users in India.”

Removing the app from app stores isn’t really a solution to the problem, though. The app already has a user base in excess of 100 million and the app isn’t going to disappear from their phone just because it’s been banned. And while new iOS users might be left in the lurch, Android users will simply be able to download the app from unauthorised sources, which would, among other things, only serve to exacerbate the problems of hacking and phishing and other cybersecurity issues.

Yet another issue is the manner in which the ban has been implemented. Based on an interim order, the government is ordering the removal of an app, effectively killing its business and revenue. The same mechanism could easily apply to PUBG Mobile, YouTube and any other app or service against which a PIL is filed.

“We welcome the decision of the Madras High Court to appoint Arvind Datar as Amicus Curae (independent counsel) to the court. We have faith in the Indian judicial system and we are optimistic about an outcome that would be well received by over 120 million monthly active users in India, who continue using TikTok to showcase their creativity and capture moments that matter in their everyday lives.”