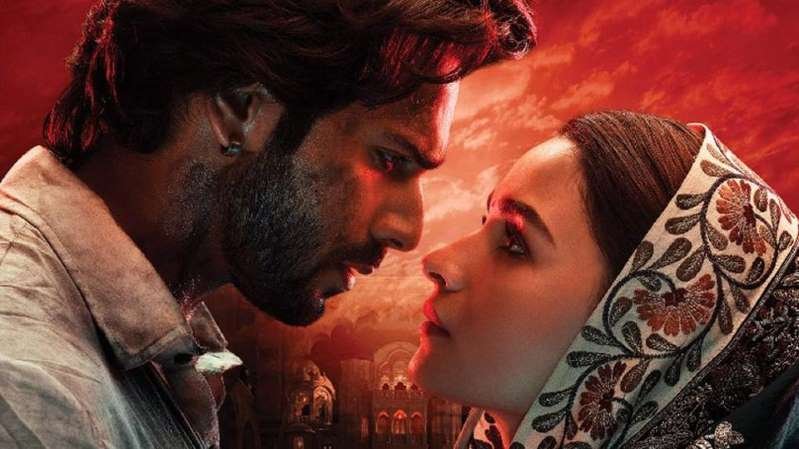 Bollywood’s period love saga Kalank, that hit theatres on Wednesday, is breaking records at the box office just a day after the release. The film has made an opening collection of Rs 21.6 crore. Starring Alia Bhatt, Varun Dhawan, Sanjay Dutt, Madhuri Dixit and Aditya Roy Kapur in lead roles, Kalank is directed by Abhishek Varman.

Kalank is also the highest opener for Varun Dhawan – he earlier had Shah Rukh Khan-Kajol-starrer Dilwale as his biggest opener with an earning of Rs 21 crore. Alia, too, also has Kalank as her highest opener as her recent Gully Boy earned Rs 19.41 crore on day one.

Interestingly, Kalank is also the highest opener for Alia-Varun jodi as their last outing, Badrinath Ki Dulhania (2017) collected Rs 12.25 crore on the first day of the release.

Produced by Karan Johar, Kalank is a richly mounted period drama set in the 1940s. It is a story of family, passion and emotions.

The film has opened to mixed reviews, with critics praising performances but panning the treatment of the story. Raja Sen wrote in his review for Hindustan Times, “Directed by Abhishek Varman and shot by the masterful Binod Pradhan, the makers of Kalank not only want every frame to be a painting, but every dialogue a proverb, every scene a portent. The result is beautiful but tedious, an opera that needed a stout songstress to warble through it midway. We see revolutionaries in different shades of mustard, since it is set around the kite festival of Basant Panchami, but as Kalank goes on, we are conditioned to the exorbitant colours and their matching — from scarlet umbrellas to marsala walls and columns. Yet it jars when rioters holding swords march in fiery streets, dressed as if they’d first bickered about a suitably Prussian shade of blue.”

* Kalank is the biggest box office opener of 2019.

* Kalank clocks biggest day one box office collection for a Varun-Alia film. They have worked in four films together till date.